Food Ingredients is a broad market sector and with major product sectors driven by commodity pricing. 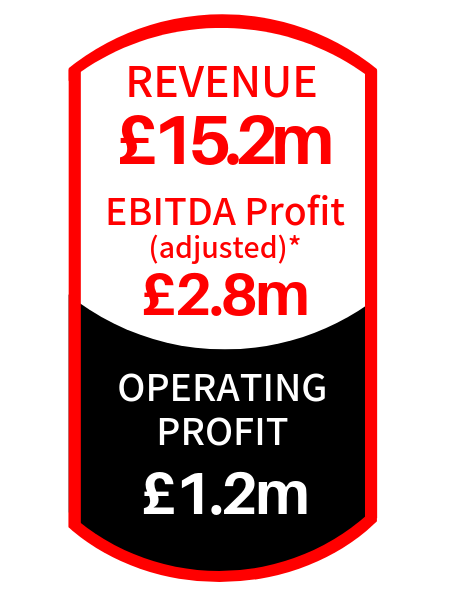 Download our Annual Report and Accounts for more information >>

During the period under review, this division has undergone significant change; at the start of the year, it comprised three businesses, R&W Scott, Garrett Ingredients and Brighter Foods; the first two of these
were sold during the year and only Brighter Foods remained as part of the Group by the end of the year. Brighter Foods was acquired in April 2017 and creates, develops and manufactures snack bars for the healthy
snacking market from its factories in Tywyn, Gwynedd in mid Wales. Brighter Foods is a multi-award-winning company which produces snacks which are targeted at areas such as diet control, gluten free, lactose free, low or no added sugar, sports nutrition, organic and fair trade and its manufacturing capabilities, even before recent expansion, are highly regarded throughout the industry. As well as manufacturing partner-branded products, Brighter Foods has its own healthier brands such as Wild Trail, which is stocked in retailers and health food stores.

Brighter Foods itself also saw significant change in growing its capacity by 9% in the year ended 31 March 2019, with a further 91% increase in the current year-to-date, to accommodate newly acquired business and in preparation for further growth in the new financial year. Some £3.2 million was invested in new capacity and the workforce
grew substantially from 160 people to 297, both of which transformations posed their own short-term challenges. The impact of this rapid, albeit planned and wholly welcome expansion, was felt through a short-term reduction in sales, as the operational changes were implemented and the new staff were trained and brought up to speed.

The result is that Brighter Foods is now a larger business, with a more diverse customer base and the ability to grow further without more significant investment. The last year has also seen a controlled growth in the professional overhead base of the business, in anticipation of the increasing demands of its blue-chip clients, but the business retains its well-run, entrepreneurial spirit and
continues to go from strength to strength.

During the period under review, as was announced in early March 2019, the dispute regarding the non-supply of contracted sugar, to Garrett Ingredients which had been outstanding for over a year, was satisfactorily resolved, broadly in line
with the provision made within last year’s accounts.

Following the disruption from the implementation of changes necessary for the future growth of the business during 2018/19, Brighter Foods, well-positioned as it is in the health and wellness market,

anticipates a resumption of the growth in revenue which has characterised every other year of the business since its formation in 2014.

Brighter Foods manufactures snackbars, both own label and branded, targeted at the growing health and 'healthy lifestyle' markets; e.g. slimming, sports nutrition, 'free from' and organic.